How black carbon can increase the risk for respiratory diseases

Interview with Dr Ragnhildur Finnbjörnsdóttir, Iceland’s Head of Delegation for the Arctic Council’s Expert Group on Black Carbon and Methane

How is air pollution – caused by particles such as black carbon – affecting human health?

Especially people with underlying diseases, as well as children and older people, are vulnerable towards particulate matter exposure. In addition to the above, particulate matter exposure can also increase the likelihood that someone develops respiratory diseases. Thus, long-term exposure can lead to more people getting affected by lung- and cardiovascular conditions.

While there is still research needed on the adverse health effects of different particle sizes, the scientific community agrees that that overall particulate matter exposure is bad for you – just as everybody knows that smoking is bad for you.

To say it in very simple terms: Covid-19 is bad, air pollution is bad, combining both should, according to existing literature on increased susceptibility to lung disease following air pollution exposure, be extremely bad.Dr Ragnhildur Finnbjörnsdóttir

Where does the pollution originate from?

Could exposure to increased air pollution levels enhance the susceptibility towards respiratory diseases such as Covid-19?

If you are scientist, you are not going to answer this questions with a straight ‘yes’. We need epidemiologic research to analyze the linkage between air pollution and the susceptibility towards Covid-19. But in general, air pollution exposure increases the susceptibility to respiratory diseases. When you breath in particulate matter, you get an inflammatory reaction in your lungs and respiratory airway, which decreases the lungs ability to tackle other bacteria and viruses. To say it in very simple terms: Covid-19 is bad, air pollution is bad, combining both should, according to existing literature on increased susceptibility to lung disease following air pollution exposure, be extremely bad. But only time and further studies on the effects of Covid-19 will reveal the definite answer.

How can we tackle air pollution caused by black carbon and other particles efficiently?

We need to focus on the main sources that cause air pollution. One of the first things we can do is to shift from diesel and fossil fuel burning vehicles to more environmentally friendly alternatives, such as electric vehicles. The same applies to residential combustion burning: more environmentally friendly stoves can reduce the emissions. These are also recommendations that the Arctic Council’s Expert Group on Black Carbon and Methane outlined in its Summary of Progress and Recommendations 2019, which was presented to the Arctic ministers last year. 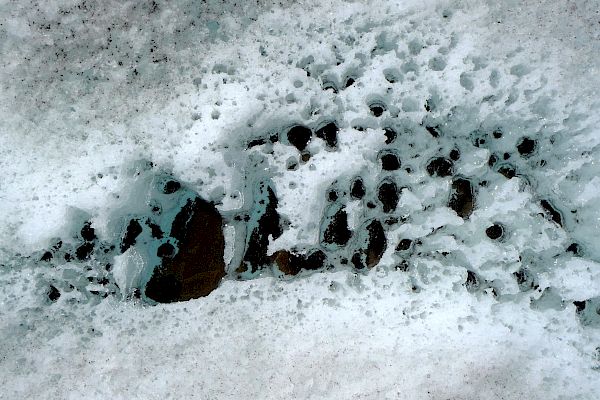